Views Along the Route 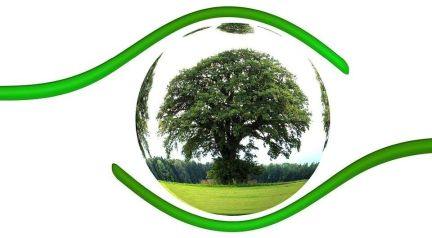 View the route of the proposed Honeybourne Line to see the places that would be affected along Summerton Way, Seven Meadows Road, the Greenway to Long Marston and onwards to Honeybourne Station.

Also look at the infrastructure that would require repair or replacement and make the reinstatement of the railway very difficult and costly.

The following photographs show some of the above places which would be impacted by the proposed railway: 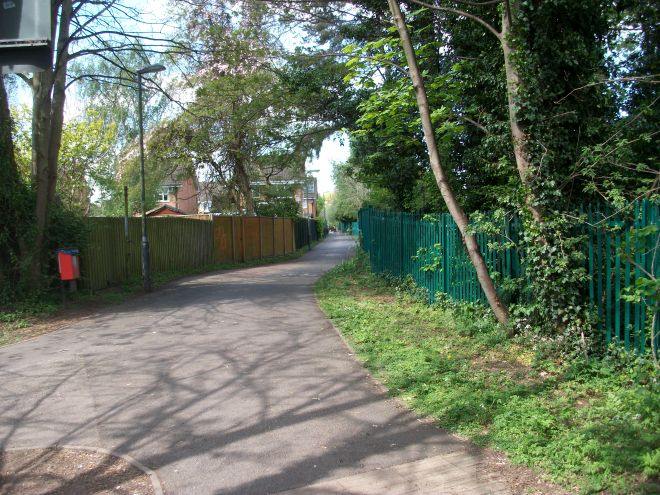 (1)  Site 2: The footpath and cycle way at the top of Summerton Way, looking towards The Willows and the Primary School. A route would be forced through, between Stratford College and the retirement properties to get to Stratford Town rail station. 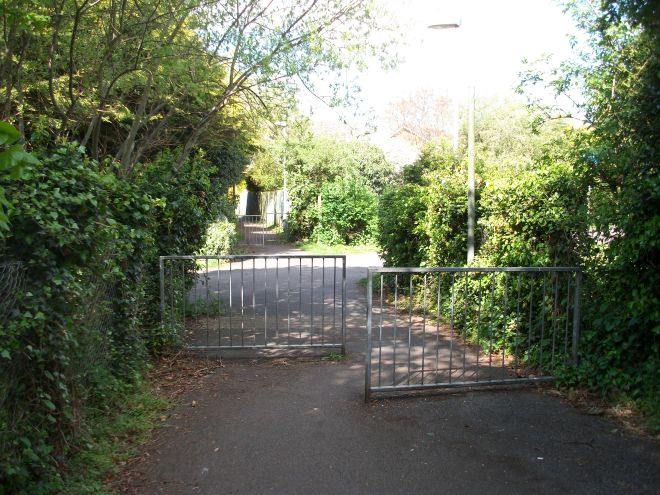 (2)  Site 3: The footpath to Anne Hathaway’s Cottage across Summerton Way would be diverted or a footbridge installed over a proposed deep railway cutting. Neither option would seem attractive to the many visitors walking directly from Stratford town centre to this important tourist destination, nor to the residents living nearby. 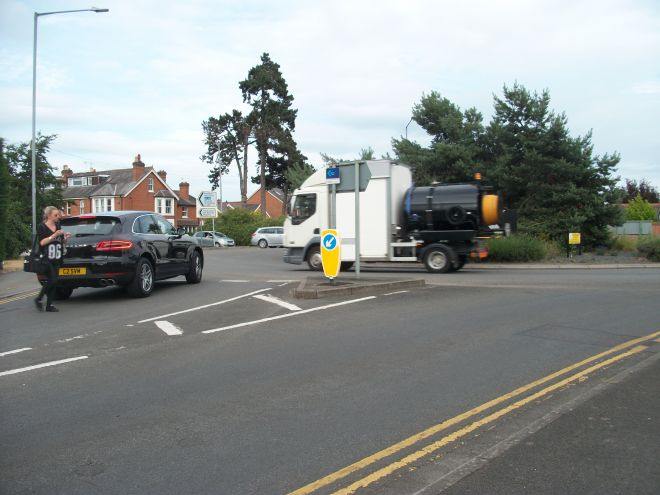 (3)  Site 4: Traffic and pedestrians negotiating the busy roundabout under which it is proposed to construct a railway tunnel joining Summerton Way and Seven Meadows Road (north). 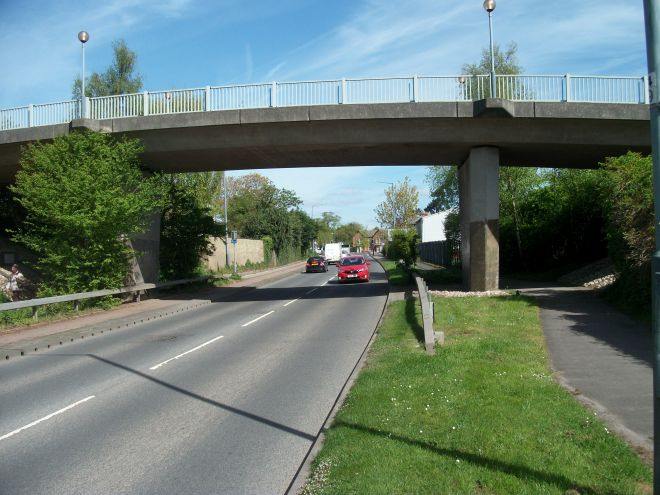 (4)  Sites 5 and 6: Sanctus Road traffic bridge on Seven Meadows Road would be demolished and rebuilt to accommodate the proposed railway cutting, which would squeeze traffic to the right hand side within the existing width of the carriageway. 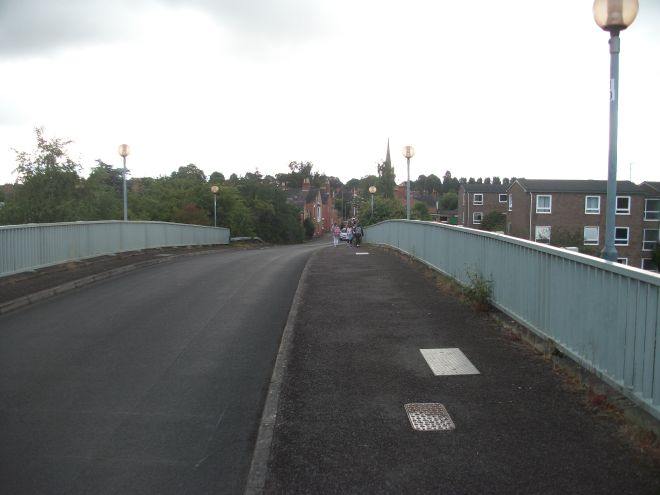 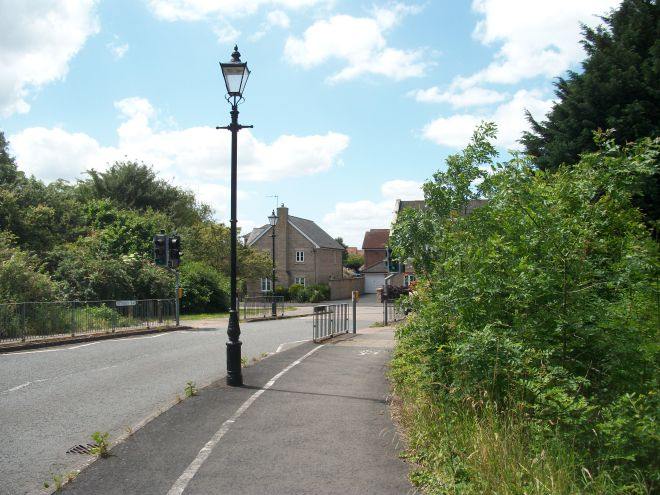 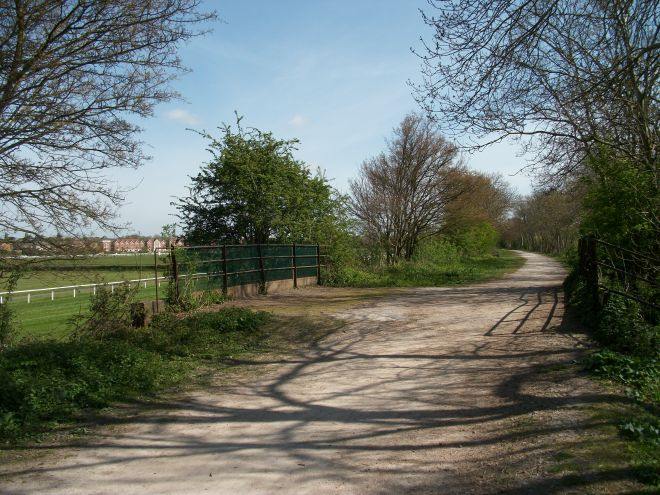 (7)  Site 8: The Racecourse Bridge on the Greenway below Carriages Cafe, looking towards Wetherby Way/Lingfield Crescent. 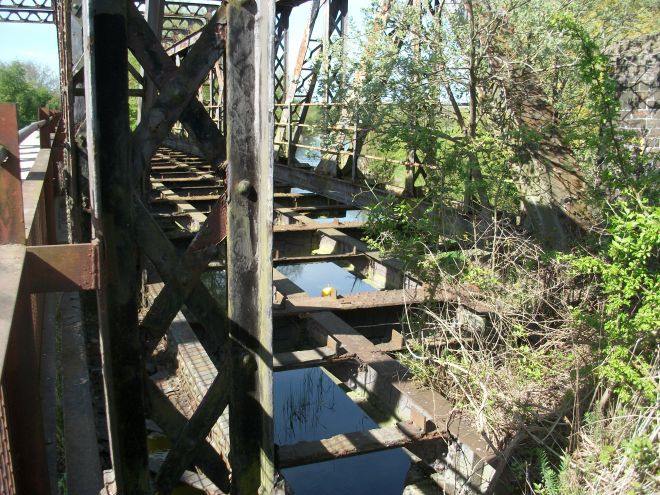 (8)  Site 9: Looking through Stannal’s Bridge onto the River Avon, whose repair or rebuilding would be a major cost for the proposed railway project. 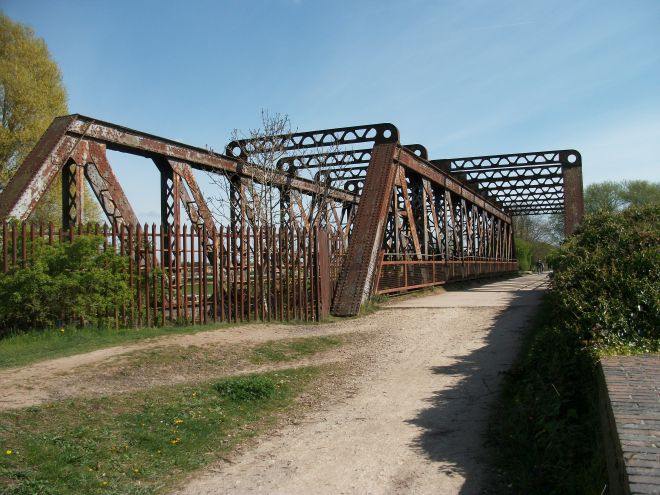 (9)  Site 9: The current footpath and cycle route over Stannal’s Bridge. Both sides of the structure would certainly require repair/rebuilding. 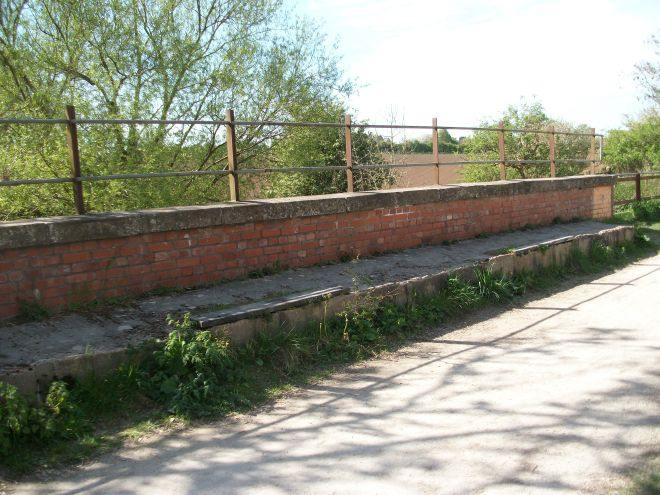 (10)  Site 11: The bridge over the River Stour is another structure likely to require attention 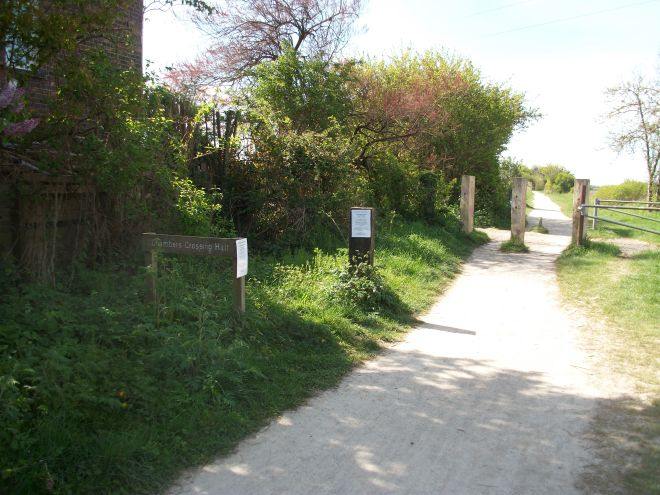 (11)  Site 12: Chambers Halt Crossing between the racecourse and Milcote Road used by pedestrians, vehicles and farm animals where a bridge would have to be installed, as new level crossings are no longer allowed for safety reasons. 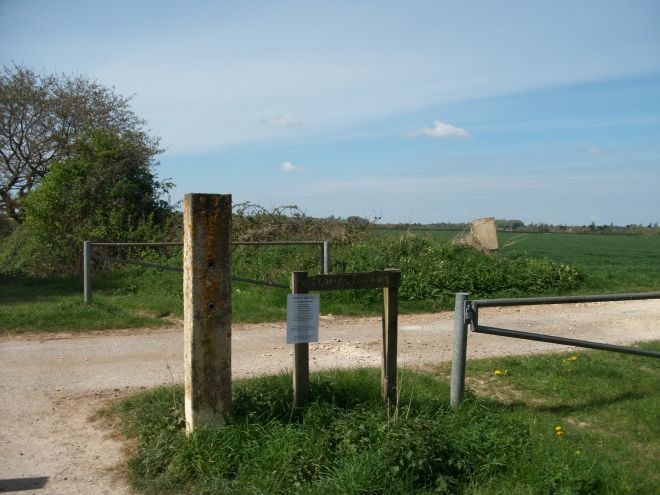 (12)  Site 13: Pearces Crossing between Stratford Racecourse and Milcote Road is used by pedestrians, vehicles and farm animals where the level crossing would have to be replaced by a bridge. 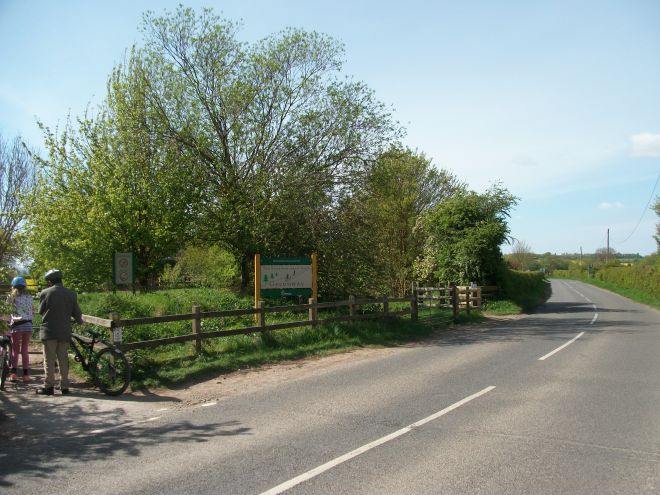 (13)  Site 14: Milcote Road, where a road bridge would have to be built for the railway to pass beneath. 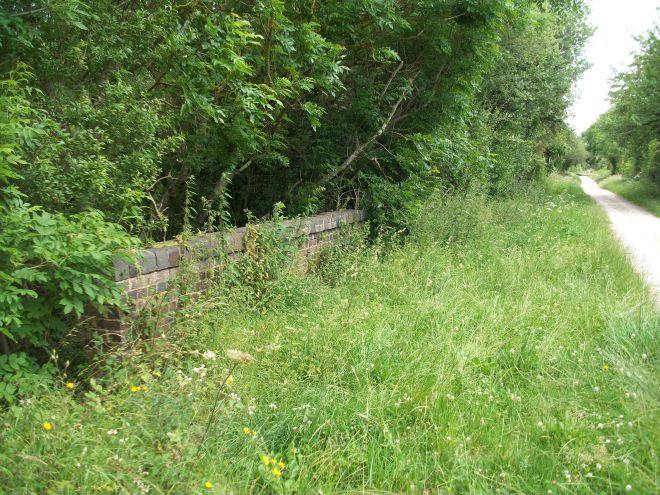 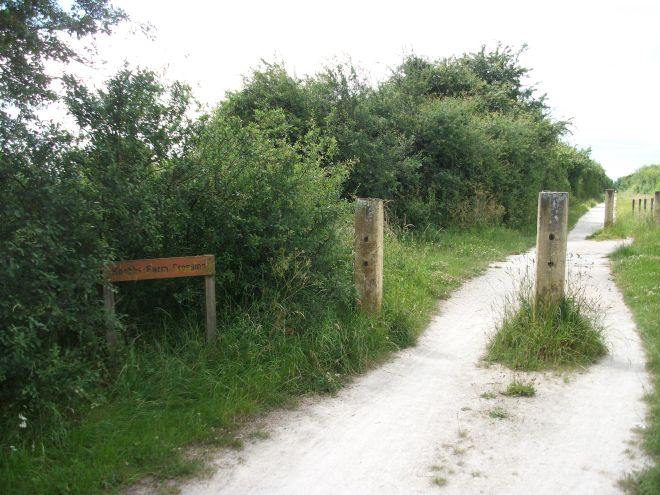 (15)  Site 16: Knobbs Farm Crossing between Milcote Road and Long Marston is used by pedestrians, vehicles and farm animals, where the level crossing would have to be replaced by a bridge. 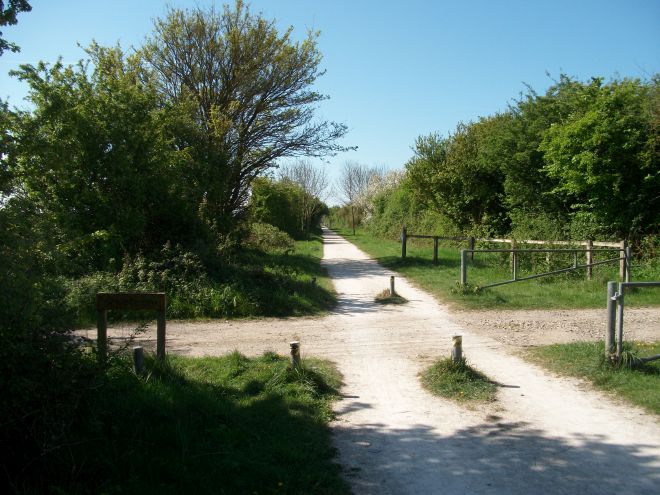 (16)  Site 19: Airfield Crossing between Milcote Road and Long Marston is used by pedestrians, vehicles and farm animals, where the level crossing would have to be replaced by a bridge. 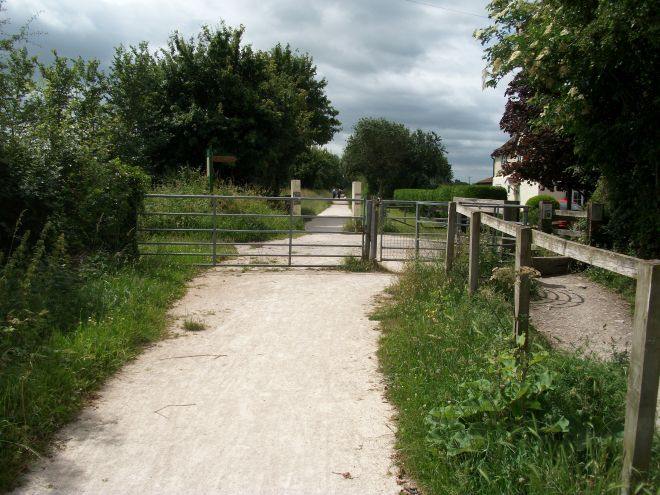 (17)  Site 20: Wyre Lane Crossing leading to Long Marston is used by pedestrians, vehicles and farm animals, where a bridge would be required. 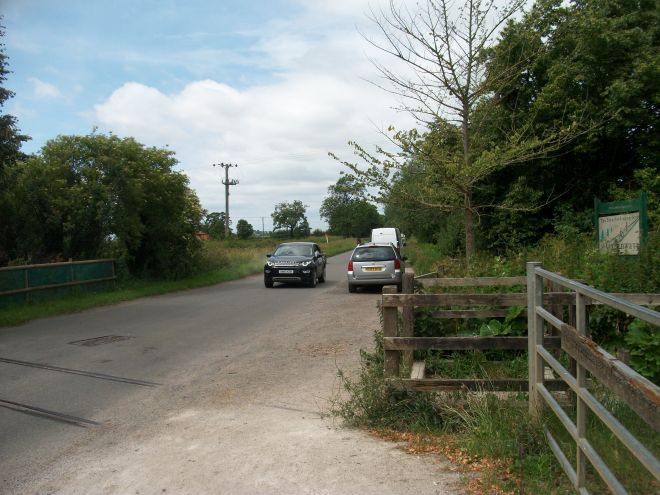 (18)  Site 21: Station Road, Long Marston, where a road bridge would have to be built for the railway to pass beneath 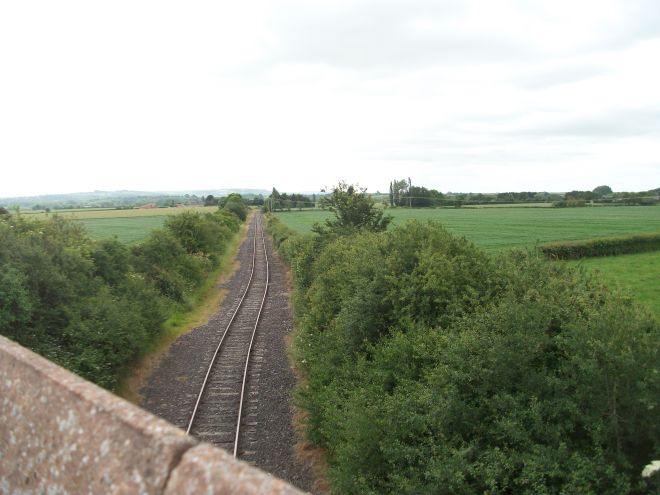 (19)  Site 22: The existing single track seen from Long Marston Overbridge, that would be changed to a double track in the proposed rail project. 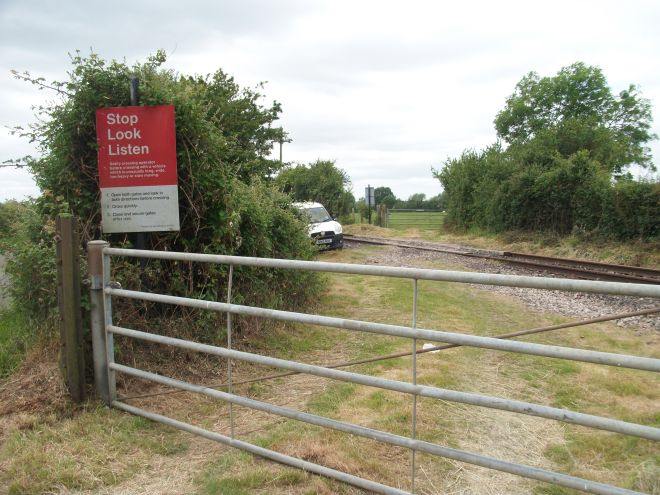 (20)  Site 25: A farm access on Broad Marston Road, that would have to cross a double track with increased rail traffic, likely requiring a bridge to be built for safety reasons. 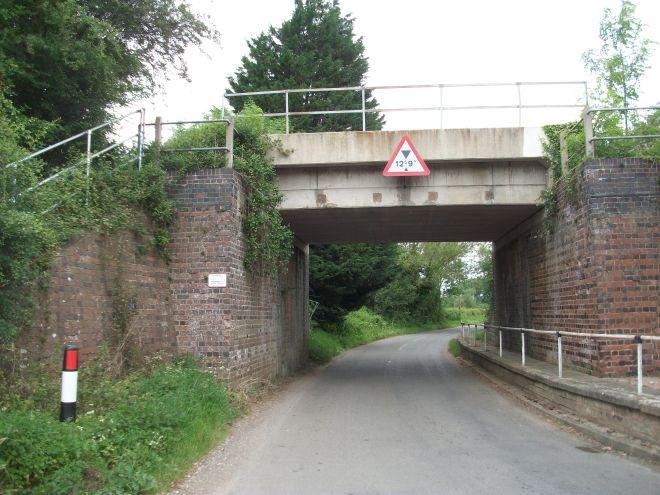 (21)  Site 26: Broad Marston Road Underbridge, that would have to carry a double rail track and substantially increased rail traffic. 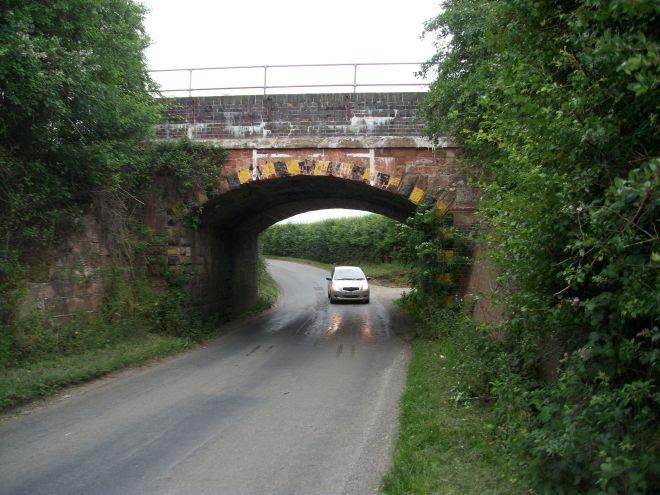 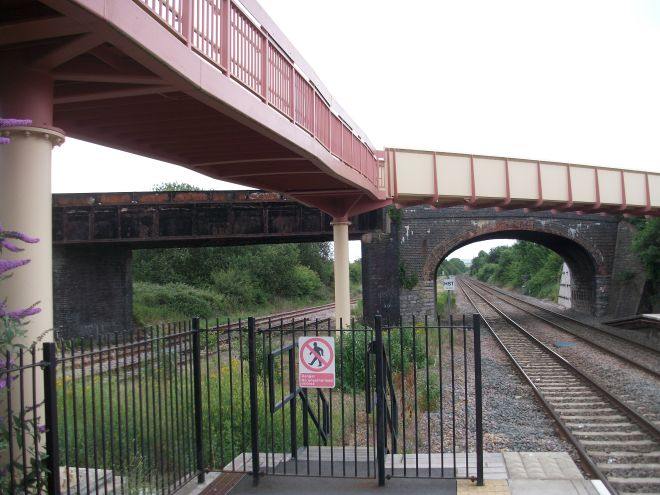 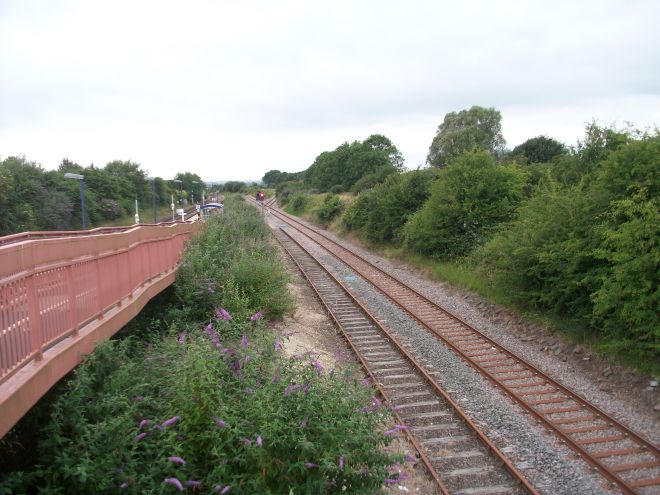 (24)  Site 31: A new platform would be built and extra track laid beside the existing railway and also affecting Sites 29 and 30.