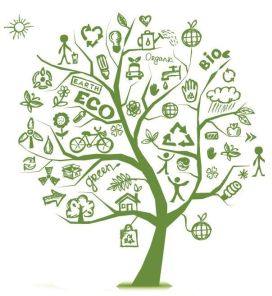 We are not against railways as such, this one is simply the WRONG SOLUTION IN THE WRONG PLACE!

The Stratford Greenway Group (SGG) promotes awareness of the health, social and environmental benefits arising from the Stratford-upon-Avon to Long Marston Greenway and Summerton Way, its associated green corridor within Stratford town.

In Section 11.22, the Stratford Neighbourhood Development Plan (NDP) states: “In two recent residents’ surveys, green spaces were ranked amongst the highest positive features of Stratford-upon-Avon, which residents wanted to preserve. It was regarded as an important and positive reason for living in the town, amongst all age groups.”

SGG would like your support in a campaign to protect the Greenway and Summerton Way. We wish to conserve them together as a vital multi-use recreational facility, green space and haven for wildlife for the benefit of the local community, the many visitors to Stratford and future generations.

The Stratford Greenway is a straight and flat stretch of dismantled railway, running from Stratford-upon-Avon to Long Marston. It is currently under threat from a proposal to reopen the old rail line between Stratford and Honeybourne – the Honeybourne Line.

In Stratford town, the proposed line would run from the rail station, down a deep trench along Summerton Way, through a tunnel under Evesham Road roundabout, along another deep trench in Seven Meadows Road, through a second tunnel under Wetherby Way and onto the Greenway. These infrastructure changes (likely to include work on Sanctus Road Bridge) are necessary since current legislation does not permit the introduction of new level-crossings. From there, the railway would run all along the Greenway to Station Road, Long Marston, and onwards to the main line rail station at Honeybourne. See Stratford Greenway for further details and Current Threat for maps of the potential impact along the proposed route.

SGG believe this railway is in the wrong place because of its environmental and social harm and the damage to existing infrastructure from the proposed route.

It is also at the wrong time. The line was dismantled in 1976 following a derailment and not felt to be worth the cost of repair. Many road and property developments have taken place in Stratford in those 45 years. You cannot turn the clock back.

The probable high cost of repair in these financially difficult times, with even the rail industry suggesting that fewer train are likely in the short/medium term due to the impact of COVID-19, is a major factor. Whatever costs are proposed are likely to be financially unviable, judging by what has unready been suggested, and railway projects have a history of finally costing more than their original budgets.

We also feel that the assumptions about passenger numbers and traffic growth used in the existing benefits calculation are questionable. Where would these passengers come from? SGG can find no clear and firm evidence that building a short, branch railway outside of an urban conurbation in the UK, leads to a significant reduction in road traffic.

Road congestion, due to traffic bottlenecks caused by running trains through a congested town and exhaust pollution would thus not be improved by building the Honeybourne Line, as some have claimed . Nor do we feel that using diesel locomotives (as they would have to be) can be considered as environmentally friendly along the Greenway or in the required rail tunnel and trenches in Stratford Town. See Misleading Statistics.

The attitude of the railway campaigners is to brush aside the legitimate concerns of others and claim support for their venture. Visit Railway Myth to see a summary of their views and our responses, with more details on the associated Ten Issues and Misleading Statistics pages.

In our opinion, this proposal would:

Go to Current Threat for further details and People Pictures to see locals and visitors enjoying the delights of the Greenway undisturbed by a railway.

You can join our campaign by becoming a member of SGG

Also see what else you can do to help the cause

Email info@stratfordgreenwaygroup.co.uk if you have any queries or call 01789 298178 to speak to our Chairman, Tom Baxter